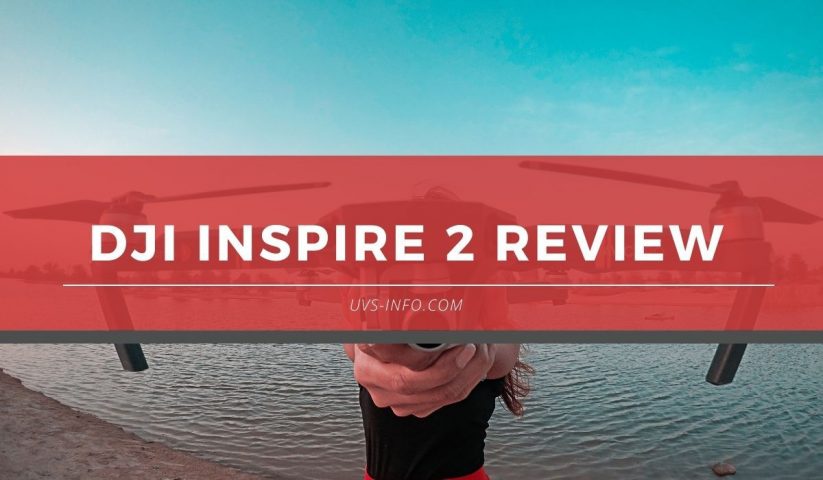 When DJI Inspire 1 was first launched, it made quite a flash. It became popular for being the first filmmaking unmanned aerial vehicle (UAV) to integrate a 4K camera, 360-degree rotating gimbal, and HD video transmission system.

But the drone industry evolves, and that’s where the DJI Inspire 2 comes in. The Inspire 2 drone takes everything that was good from Inspire 1 and further improves it!

Among the wide range of improvements in the DJI Inspire 2 is the ability to ship with a new Zenmuse X5s camera, has a dual battery for longer flight time, and is better in terms of avoiding obstacles.

No wonder why DJI has marketed Inspire 2 as “Power Beyond Imagination.” It makes such a great tool for filmmakers and other uses, such as emergency rescue, and historical and wildlife conservation.

What more if you give your new drone an upgrade by using some of the best accessories for DJI drones.

If you want to know more about the DJI Inspire 2, keep on reading. We provide you this in-depth guide to help you decide whether it makes a perfect candidate for taking high-quality aerial videos and photographs and in search and rescue operations.

The DJi Inspire 2 stands out from other drones in the market today because of the number of features. Arguably the biggest improvement is its dual battery setup, giving the Inspire 2 key benefits from the rest of the pack.

It does not just give the drone longer flight time, but also provides the UAV ample power for the ancillary systems, like processors, sensors, cameras, and stabilizers. A bigger battery also means an added protection from battery malfunctions during flight.

The obstacle avoidance feature of the Inspire 2 also gives the bird the ability to prevent crashes autonomously. Then, it features an FPV camera that allows the drone pilot to keep track of the Inspire 2’s heading notwithstanding where the Zenmuse X5S is facing.

In terms of its camera options, its image processing has been upgraded to CineCore 2.1 and its recording video up to 5.2k in Apple ProRes and 6K in CinemaDNG/RAW. It likewise supports TapFly, like the Mavic Pro and Phantom 4.

The Inspire 2 is also equipped with downward and forward vision systems so it can detect obstacles up to 30 meters ahead.

Is Inspire 2 worth it?

Without a doubt, DJI Inspire 2 is worth it. It’s even an instant hit with filmmakers because it sports an easily upgradable and detachable Zenmuse X5s and a forward-facing first-person view (FPV) camera.

Such a feature enables the pilot to watch for what’s ahead of the drone while simultaneously controlling or watching the Zenmuse X5s camera.

In-Depth Review of the Inspire 2 from DJI Does the DJI Inspire 2 come with a camera?

The Inspire 2 not only features one but two cameras for capturing footage. You can stream video from the main camera and the onboard FPV camera simultaneously.

How long does the Inspire 2 battery last?

Its dual battery system prolongs Inspire 2’s flight time for up to 27 minutes, while the self-healing tech enables it to fly in low temperatures.

How far can the DJI Inspire 2 fly?

The structure of Inspire 2 is made of magnesium aluminum composite shell and has carbon fiber arms, which means the drone is built practically with protection for crashing.

Its build quality is such a huge departure from other DJI models. While it sports the same DJI retractable landing gear system and prop configuration, its design is more capable and versatile than its DJI predecessors.

Among the most notable design upgrades is the forward-facing FPV camera as well as the obstacle avoidance system. These systems are housed in the sensor bar, which hosts two laser rangefinders and optical lenses.

Who is it Best for?

This DJI Inspire model is best for drone pilots and professional photographers/videographers/filmmakers whose priority is the model’s video resolution and optics.

What Do People Say About it? 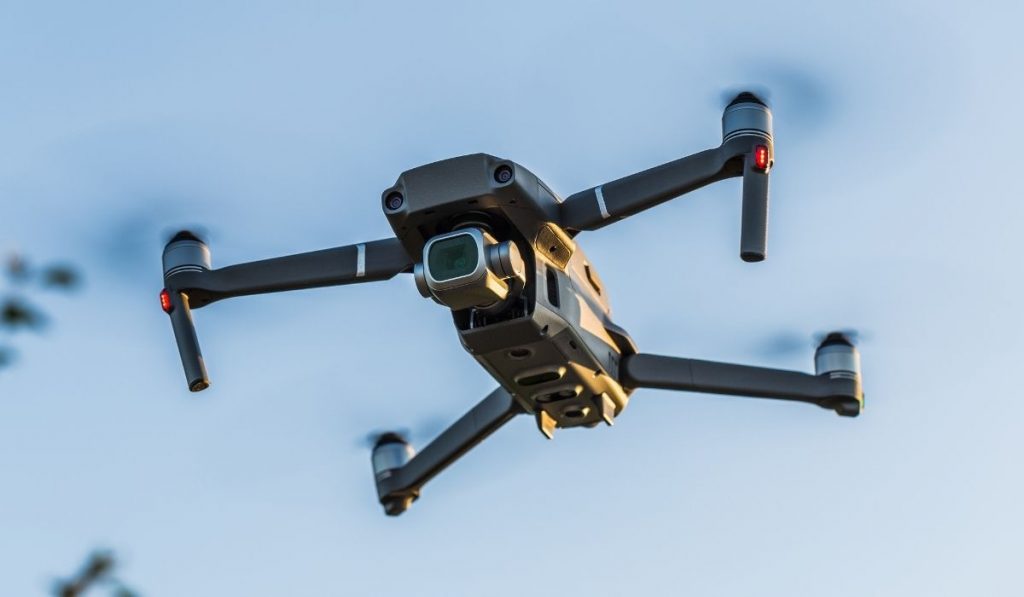 An Amazon customer wrote, “I’ve had this Inspire 2 for a month now and love it. The only issue I’ve had is with the propeller mounts which have a little play. I was able to fix it myself with some foam and paper shims inside the propeller but I hope DJI has addressed the issue soon.”

Another said, “It is the filmmaker’s drone so that is one of the reasons why I got it.”

Tech editor Drew Prindle of the Digital Trends shared his review of the DJI Inspire 2. He said, “What sets this apart from other drones the DJI has released previously is the fact that it really just has two of everything: Two batteries, two cameras, two IMU sensors inertial motion units, two barometers, [and ]two processors, ” among others.

Robbie Janney of Shutterstock Tutorials also compared DJI Inspire 2 and DJI Mavic 2 Pro to know which is the better deal. He said, “The DJI Inspire 2 has more professional-grade equipment on it, such as carbon-fiber-reinforced arms and legs and a really slim sleek metal body.”

While he highlights the portability of the Mavic 2 Pro, he also pinpoints that whenever he turns Inspire 2 into sport mode, he “noticed how much more powerful it became… When you’re trying to do something in sport mode, like following or tracking a car or following something that’s a really high speed, [the Inspire 2 flies] it can get up to 50 miles an hour.”

There was another Reddit user who posted a video, capturing “Just purchased a DJI Inspire 2 X5s.” A comment asked, “How do you like your Inspire 2, so far?”

The Reddit user answered, “Well I like it but there is much more to learn and understand with it. Also because of the cost, I feel a certain amount of pressure not to make a mistake. But I am slowly getting over that one.”

Bottom line: Should You Buy It? 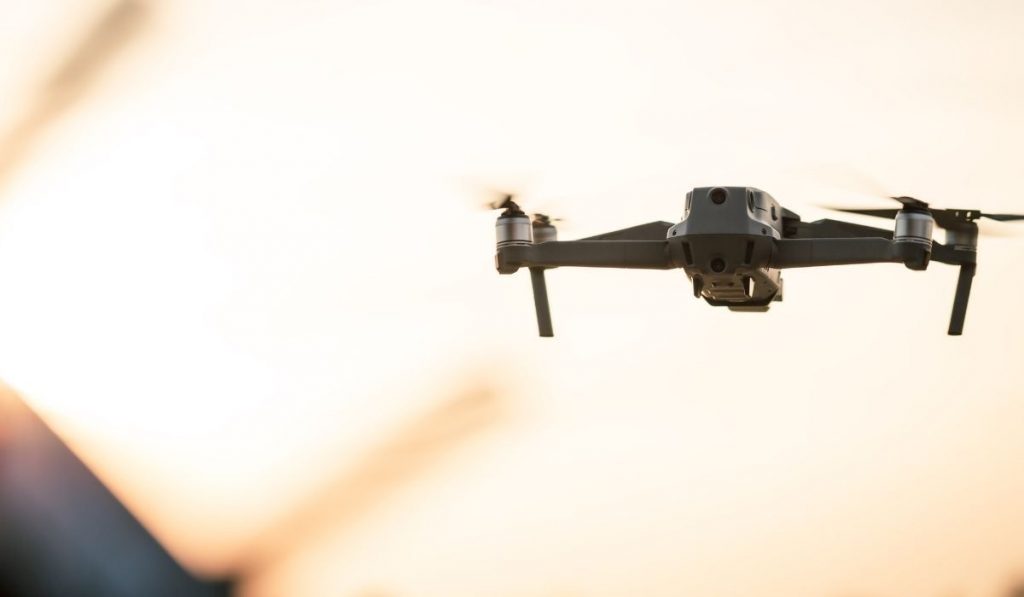 If money is not an issue, DJI Inspire 2 is definitely the best drone to buy. It has top-end performance, superb build quality, and delivers 5.2k quality of raw video capture.

Aesthetically, it may look like a minor change than its DJI predecessors but in terms of battery, recharge time, and overall performance, we highly recommend this model.

It captures images and videos in CinemaDNG and Apple ProRes. What more could you ask for if professional filmmaking is something you enjoy doing? 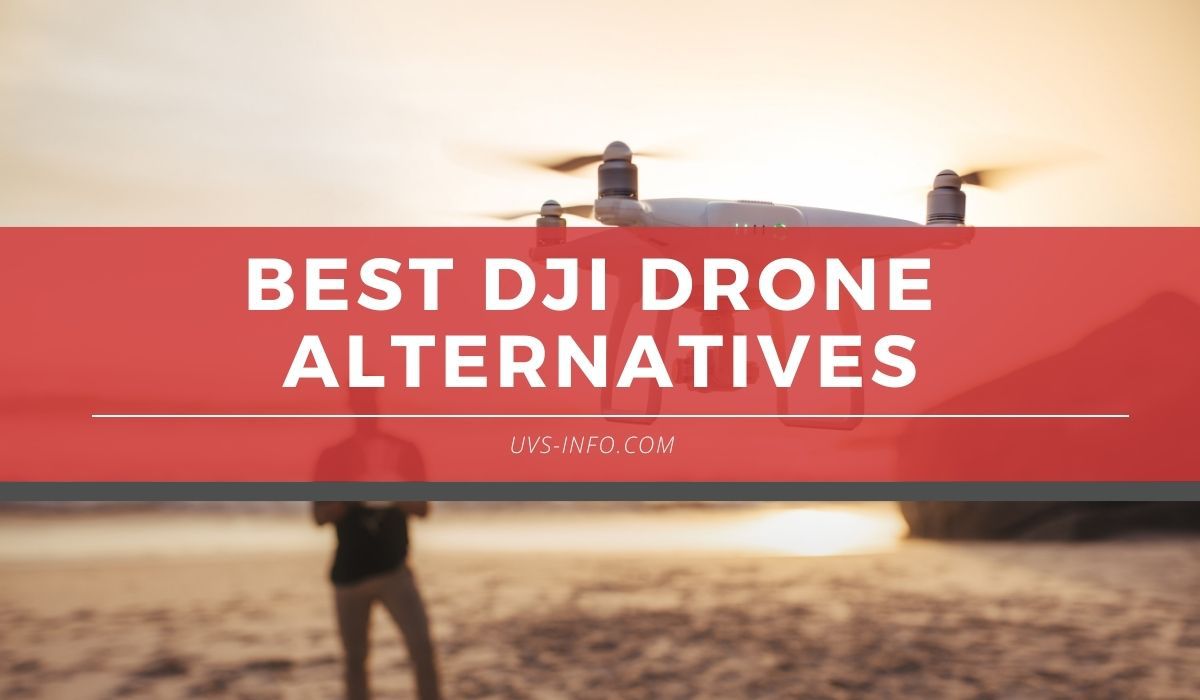 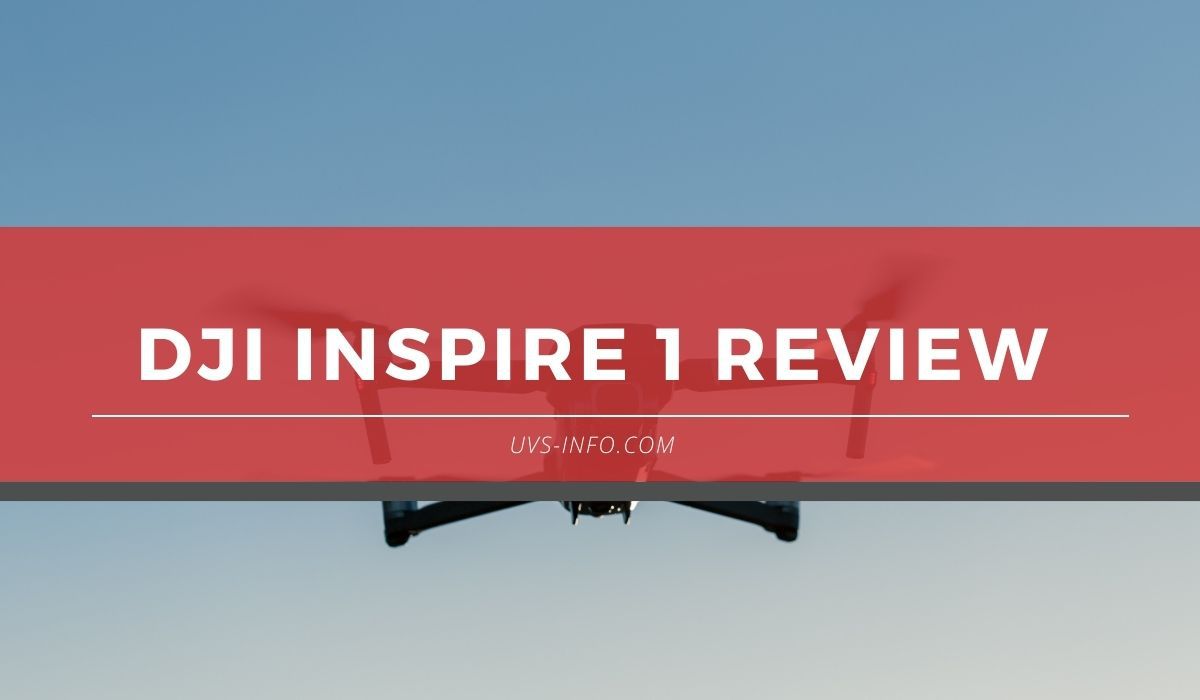 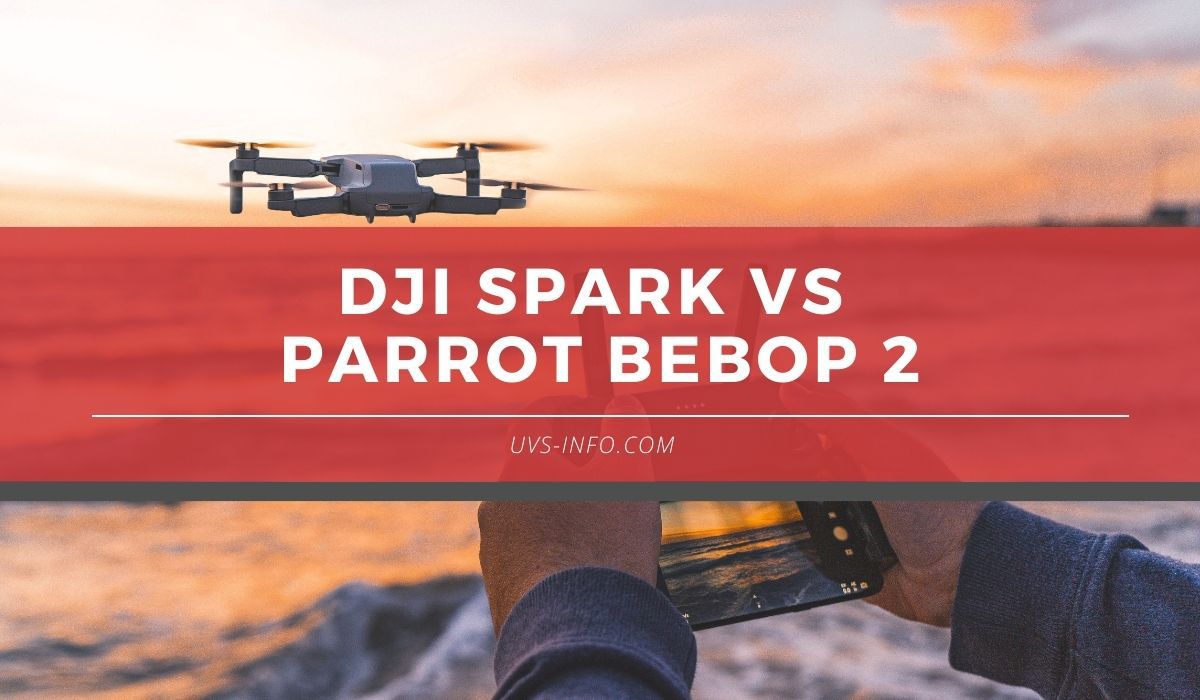 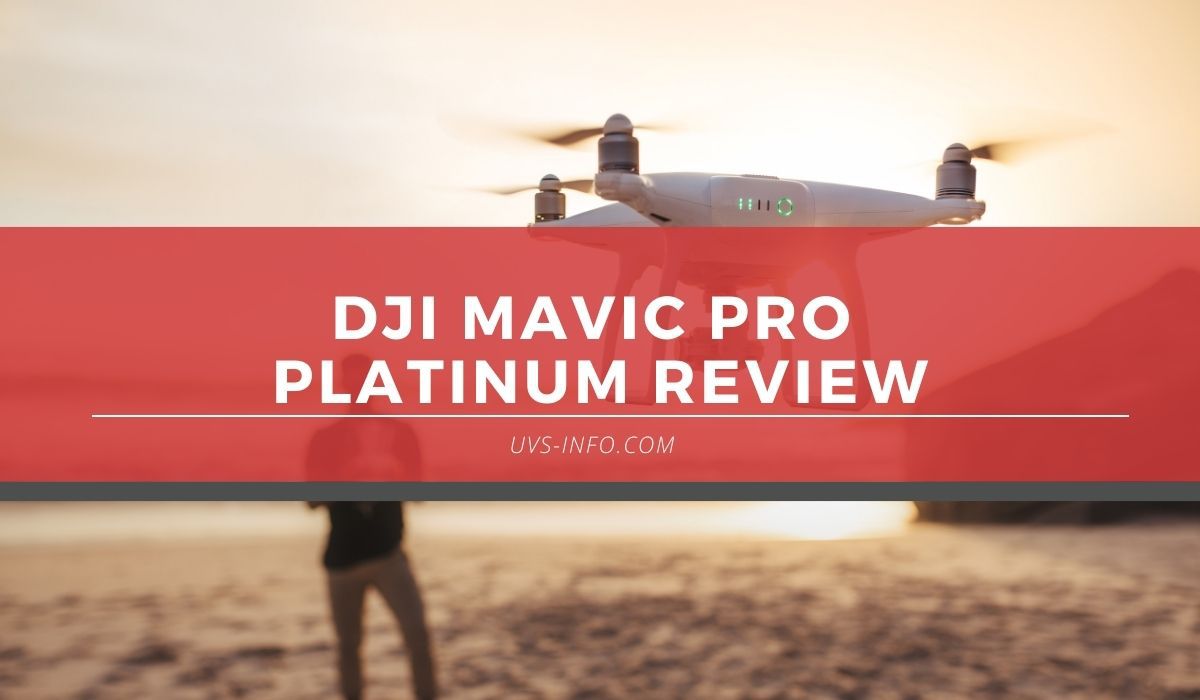 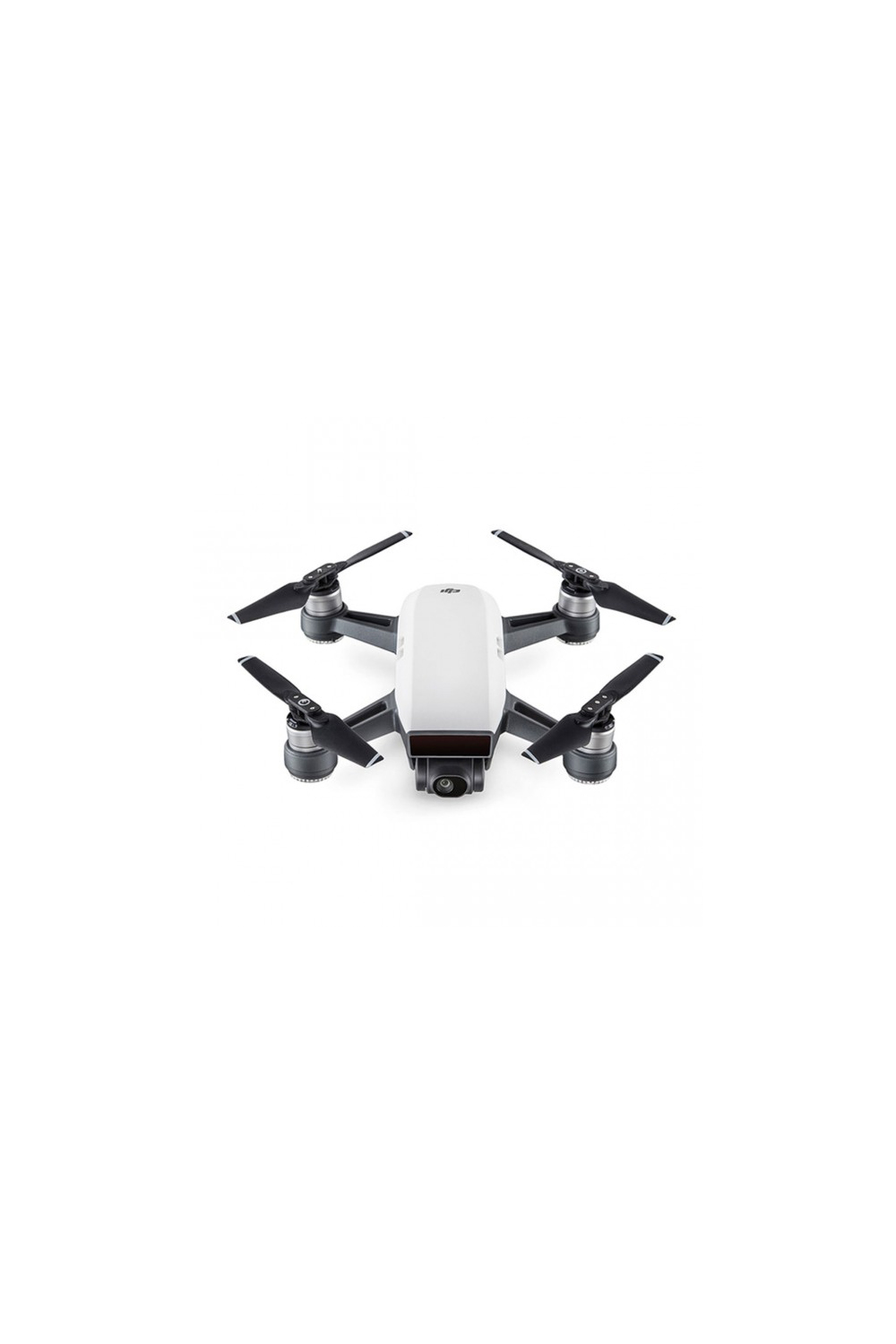